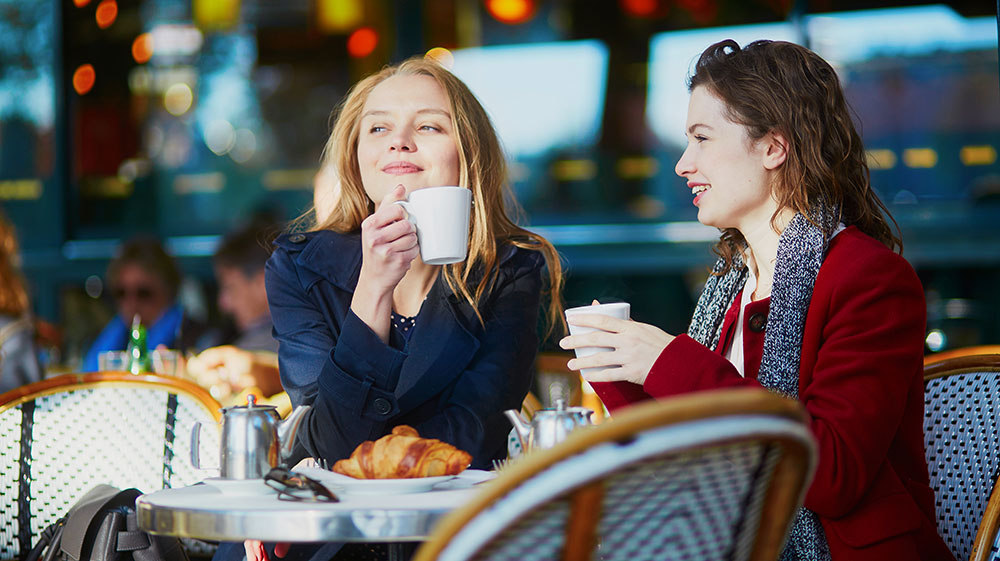 Wondering how to say we in French?

Maybe you first learned French at an American high school. If so, the French word for “we” was probably one of the first things you learned: “nous.”

Sure, things become a little more complicated when the reflexive gets involved — nous nous amusons bien? — but it’s pretty straightforward.

Until you arrive in France, and you stop hearing “nous” — and hear, in its place, “on.”

Here’s a scene familiar to fans of the Netflix show, Call My Agent — in this scene from the third season, Matthias is meeting at a café with the César-winning actor Gérard Lanvin. And Gérard is asking his agent: On est en où? Or: Where are we?

The situation becomes even more pointed in Julien Doré’s song, “Nous.” If you aren’t already familiar with the French artist’s work as a musician and filmmaker, you might remember him from Call My Agent as well — he’s Gabriel’s competition for Sofia’s attention.

In the video for his song “Nous,” we can see how quickly he moves from “Nous” (the title) to actually discussing the subject of what “we” are — he moves immediately to “on”:

In fact, it’s even easier to see in the official lyrics for the song, which renders the phrases like this:

Then there’s always the famed English expression “On Wednesdays, we wear pink” — translated by francophone crafters as “Le mercredi on porte du rose.”

We in French: A Complicated Matter

Despite what you might have learned in high school, “nous” isn’t always the only, or the best, way to say we in French — especially in spoken French, or in casual conversation, whether oral or written. In practice, French speakers will use “on,” which is conjugated like “il” or “elle.”

That’s easier to understand when you consider that “on” might translate more fully as “one” — as in:

Here’s that same moment from Lord of the Rings in French meme:

And indeed, “on” is used both in that general sense of “one” and the more specific sense of “we.”

One more thing: The English usage of a non-specific “one” and the similar usage of “you” have some overlap. (Consider: “You don’t simply walk into Mordor.”) In French, both cases would use “on.”

You’ll definitely see “nous” used for we in French in more formal situations and speech. For example, here’s a typical tweet from French President Emmanuel Macron:

As you see, he’s written that “Si nous voulons réussir le défi climatique, nous devons accélérer sur la protection de la biodiversité.” This was translated by his office as “If we wish to beat the climate challenge, we need to move more quickly to protect biodiversity.”

There you have it: When you’re addressing the gathered leaders of the world at a climate conference, you’ll want to use “nous.” For most other circumstances, if you’re trying to say we in French, you’ll probably want to reach for “on” first.

Interested in learning more about how to use the French pronoun “on”? Check out this lesson on why “on” sometimes appears as “l’on.”