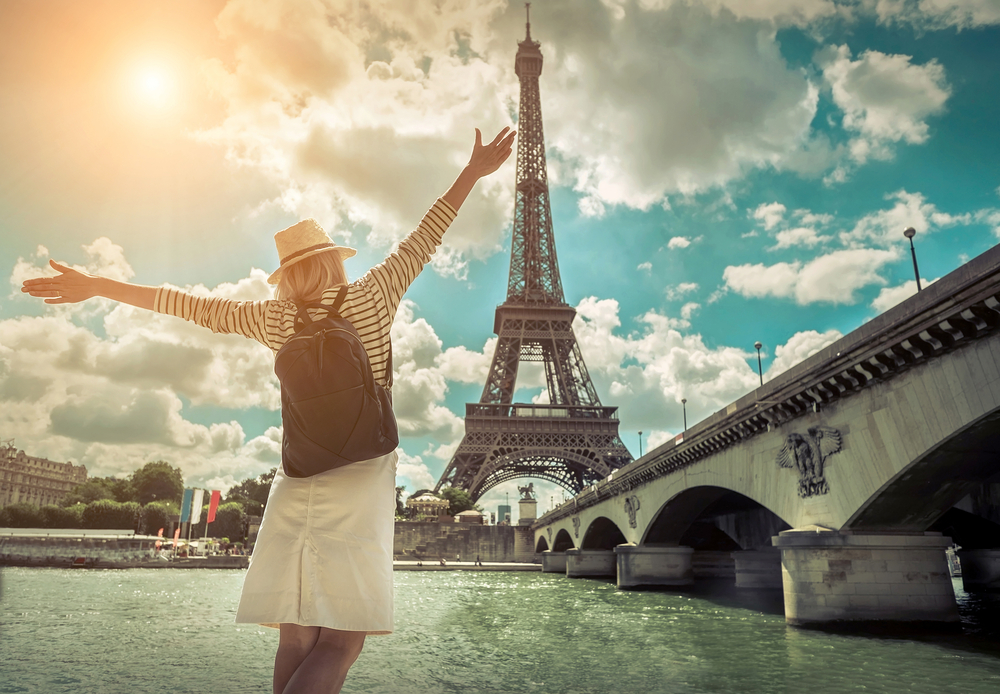 I took French classes for several years before moving to Paris for a French Language program at the Cours de Civilisation Française de la Sorbonne. However, after I received the results from my placement test I was was really disappointed. I tested in just above a novice level! I was even more disappointed to find that I was struggling to communicate with any native French speaker. How could that be when I aced all of my French classes in the United States?

The problem with the way I was being taught and had been studying, was that the lessons focused on memorizing verb tables and grammar rules, the structural format of the language. Learning to converse in real world situations didn’t even seem like it was part of the plan.

According to an article in Forbes Magazine, The Best Way to Learn a Foreign Language Is the Opposite of the Usual Way,

The curriculum for nearly every introductory language class revolves around grammatical concepts, and we spend far too much time on the rules of language. As a result, students are forced to suffer through grammar-focused instruction that makes them adept at conjugating verbs but leaves them mute when they are pressed to have a conversation. What they need instead is the chance to use language the way it was intended, as a tool for communication, not as a complex set of rules to master.

While there is absolutely value in formal instruction, the best way to learn a language is to study frequently, using a blend of methods. Combining classwork, speaking, listening, reading, writing AND interacting with native speakers, is the best way to become fluent in another language.

According to Stephen Krashen,

We acquire language when we understand what people tell us and what we read, when we get “comprehensible input.” As we get comprehensible input through listening and reading, we acquire (or “absorb”) the grammar and vocabulary of the second language.

Meaning, the more we practice listening, watching, and speaking the language, regardless of how much we struggle to fully comprehend it, the more we learn and retain, without actually realizing it. It’s through this passive learning that the new language becomes more natural. Also, when focussing on stringing together words  and phrases you memorized, you are missing gestures and expressions. These gestures and expressions are proving to be very important in language acquisition and retention.

So, all the times I hung out with my French friends and felt totally and completely lost, I was getting something out of it that cannot be found in a French class. Even a French class in Paris. The more native speakers you can you listen to and interact with, the better. I was exposed to different accents, voices, slang, and usually encountered conversational partners eager to help me learn and excited that I was learning their language. It made the whole learning process that much more fun and exciting.

So how does that translate to you learning another language? In a perfect world, you would live in a country that speaks the language your are wanting to learn ….. until you become fluent.  However, that’s not always possible.

If you can’t move abroad, that’s okay. The internet has a plethora of affordable and/or free language resources. But most importantly, find ways to hear/view native speakers, especially through content made for native speakers, like television programs, country and rap music videos, interviews, and documentaries. Consuming a variety of content on different subjects will help you understand your new language in an authentic context while giving you a better understanding of another culture.

There’s a lot of anecdotal evidence that supports the idea that countries who subtitle (rather than dubbing) their foreign media content tend to be more proficient at those subtitled languages. In a post from The Polyglot Dream, Why Scandinavians Speak Exceptional English they cite the benefits of exposing subtitled media, rather than dubbing, as one of the main reasons for their proficiency in the English language.

The biggest contributor to the success of Scandinavians in language learning is their consumption of English media. Scandinavians watch a lot of movies and TV series from America in English, whereas Italians dub almost everything from America into Italian. This is an important difference because it means that Scandinavians are not only exposed to English early on in their lives, but also regularly. The amount of exposure one has to a foreign languages usually correlates to one’s level of comprehension, ability to understand the language when spoken quickly and one’s ability to imitate sounds.

The second most important thing to do when you’re learning a language is to be consistent. Ideally you should study at least 30 minutes a day, everyday. However one of the biggest challenges in learning anything new, is staying engaged and motivated. Conjugating verbs and memorizing words gets boring, so make sure you change your focus and methods to keep yourself interested. With all the internet at your fingertips, this should not be hard.

That’s one of the reasons we at Yabla consistently add new programs and lessons for our users. Our goal is to provide content that is interesting to you to help keep you motivated. We believe language learning shouldn’t be a chore, but rather a new exciting opportunity.